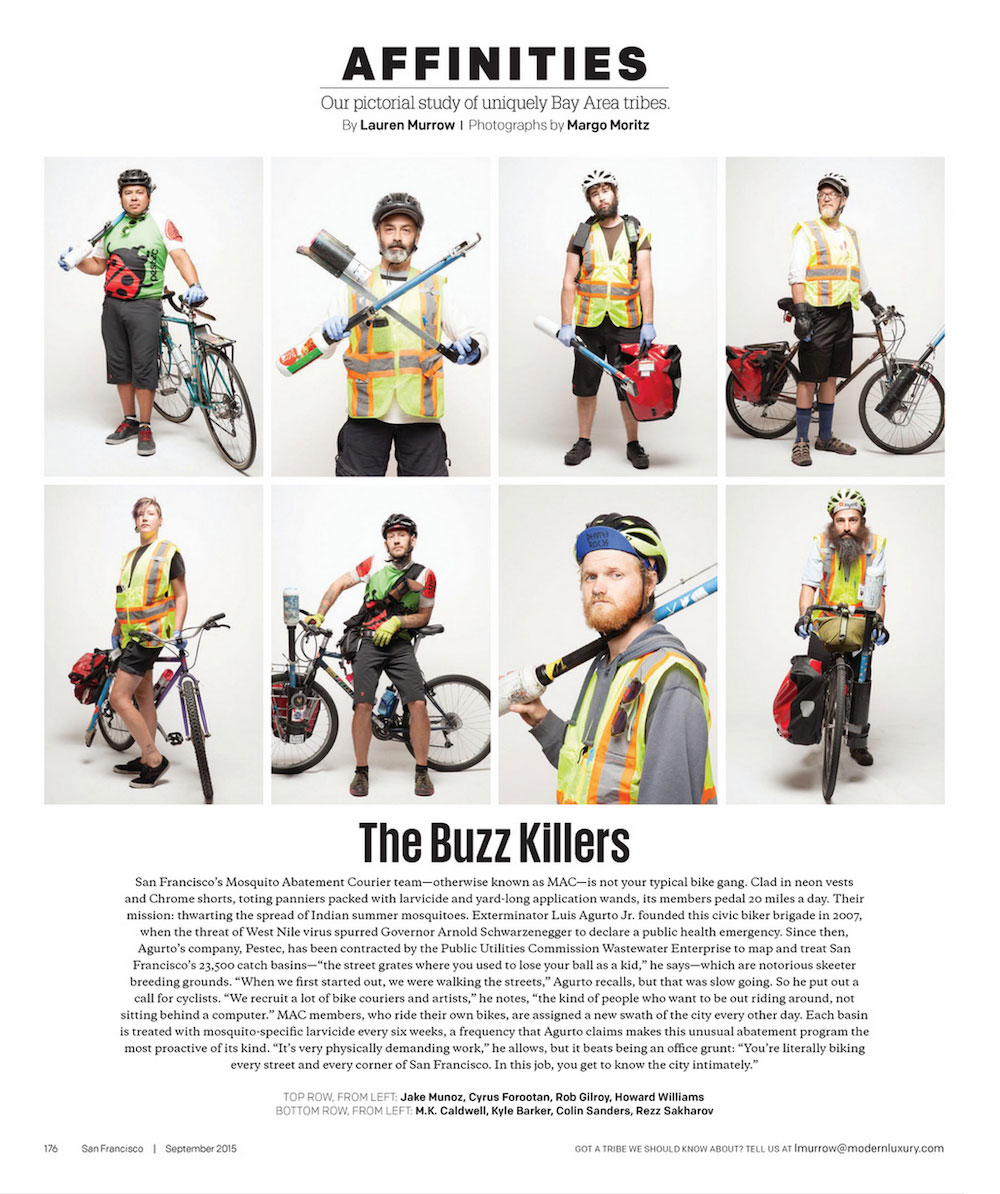 Exterminator Luis Agurto Jr. founded this civic biker brigade in 2007, when the threat of West Nile virus spurred Governor Arnold Schwarzenegger to declare a public health emergency. Since then, Agurto’s company, Pestec, has been contracted by the Public Utilities Commission Wastewater Enterprise to map and treat San Francisco’s 23,500 catch basins—“the street grates where you used to lose your ball as a kid,” he says—which are notorious skeeter breeding grounds. “When we first started out, we were walking the streets,” Agurto recalls, but that was slow going. So he put out a call for cyclists. “We recruit a lot of bike couriers and artists,” he notes, “the kind of people who want to be out riding around, not sitting behind a computer.”

MAC members, who ride their own bikes, are assigned a new swath of the city every other day. Each basin is treated with mosquito-specific larvicide every six weeks, a frequency that Agurto claims makes this unusual abatement program the most proactive of its kind. “It’s very physically demanding work,” he allows, but it beats being an office grunt: “You’re literally biking every street and every corner of San Francisco. In this job, you get to know the city intimately.”